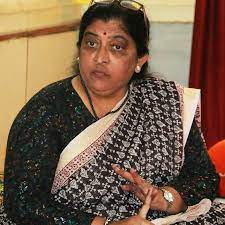 HRDA has issued an urgent appeal to the National Human Rights Commission of India on September 14, 2020 regarding the fabricated charges against Ms. Varsha Deshpande by Satara Police. Ms. Deshpande is a lawyer and founder president of Dalit Mahila Vikas Mandal, which works for the self-employment of Dalit women and runs a Free Legal Aid Center since 1996.

On August 25, 2020, Mr. Sameer Sheikh, Sub-divisional Police Officer of Satara City Police Station registered an FIR under Sections 384 (extortion) and 323 (causing voluntary hurt) of the Indian Penal Code (IPC) against Ms. Deshpande based on a complaint by Ms. Mujawar.

The FIR alleged that Ms. Deshpande physically assaulted Ms. Mujawar and demanded a ransom during the settlement of a dispute between Ms. Mujawar and Ms. Yadhav at the Free Legal Aid Center. The WHRD complained about her implication in a false case to the state DGP, but no action was taken.