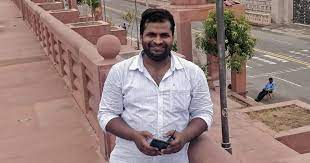 HRDA has issued an urgent appeal to the National Human Rights Commission of India on January 8 regarding the arbitrary arrest and torture of Mr. Robin Verma by Uttar Pradesh (UP) Police. Mr. Verma is an activist with the Rihai Manch and a teacher at the Shia Post Graduate College. He is also part of several movements against caste and communalism.

On December 20, 2019, Mr. Verma was detained by four plainclothes policemen along with journalist Mr. Omar Rashid from an eatery and forcibly taken to the Hazratganj police station on the pretext of an inquiry. The policemen also threatened to book both of them under Section 120 B of the Indian Penal Code. Mr. Verma was physically assaulted on arrival at the police station. While Mr. Rashid was released after a few hours, Mr. Verma was sent to jail.