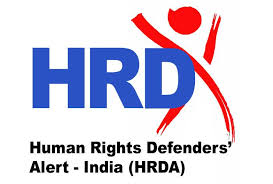 HRDA has issued an urgent appeal to the National Human Rights Commission of India on October 29, 2020, regarding the assault and threats to the life of Mr. SK Lenin by local panchayat leaders in Puddukottai, Tamil Nadu. Mr. Lenin is a reporter with Mudhal TV and reports on corruption and other public interest matters.

On August 2, 2020, Mr. Gopi Krishnan, panchayat leader of Nagaram Village abused Mr. Lenin in vulgar language for reporting about corruption in NREGA to the district collector. He assaulted Mr. Krishnan the same evening, saying, “Whatever scam we do, we will share with you, you jobless reporter. You are a human rights activist; you are not a big shot. Even if you give a complaint to the district collector you can do nothing to me nor shake me.”

Mr. Lenin complained to Ms. P. Uma Maheswari, the District Collector, with all the evidence but no action was taken. So he filed a complaint in the Vadakadu police station, after which Mr. Krishnan was arrested. However, no action was taken on corruption in the NREGA scheme. Mr. Lenin has been in hiding for the past three months fearing for his life since the panchayat members are politically well-connected.