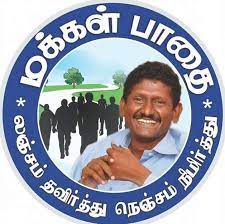 HRDA has issued an urgent appeal to the National Human Rights Commission of India on October 29, 2020 regarding the brutal assault, detention and destruction of property of activists of Makkal Pathai who were on a hunger strike by Tamil Nadu Police. Makkal Pathai is an organisation working for various social and environment causes.

On the morning of September 20, 2020, over 150 police officials led by Mr. Jayaraman, Anna Nagar Assistant Commissioner of Police reached the Makkal Pathai office without any prior notice, where six activists of the organisation were on a hunger strike since September 14, 2020 demanding permanent abolition of NEET.

Police rampaged the office, assaulted activists including men and women sleeping outside the office and those on hunger strike, strangled them and tried to stab some of them in the throat. They tore the t-shirts of women volunteers and took away four mobile phones, one digital video recorder, three pen drives, one memory card and some office files. Mr. A Sivakumar, ACP, Tirumangalam police station trespassed on the second floor of the office, dragged two staff members downstairs after brutally assaulting them, and forced everyone into a government bus. Several activists including Mr. Aravin, who was extremely weak due to fasting, were detained at a private marriage hall and released in the evening without registration of any FIR or medical treatment.