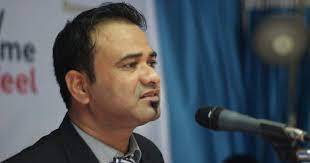 HRDA has issued an urgent appeal to the National Human Rights Commission of India on February 4, 2020 regarding fabricated charges, detention, arbitrary arrest and harassment of Dr. Kafeel Khan by Uttar Pradesh Police. Dr. Khan was in-charge of the pediatrics wing at the Baba Raghav Das Medical College and Hospital in Gorakhpur in Uttar Pradesh.

Upon his arrival from Patna in Mumbai at around 10.58 PM on January 29, 2020, Dr. Khan was forcibly detained by the Special Task Force of the UP Police from the Mumbai airport and taken to Sahar Police Station in Mumbai. He was taken to Aligarh in Uttar Pradesh after Chief Metropolitan Magistrate, Bandra Court No.9 granted his transit remand.

Dr. Khan was scheduled to attend a sit-in protest against the Citizenship Amendment Act (CAA) and the National Register of Citizens (NRC) in Mumbai on January 30, 2020. He was arrested 40 days after a complaint was registered against him on December 13, 2019 in Civil Lines Police Station in Aligarh under Section 153-A (promoting enmity between different groups on grounds of religion) of the Indian Penal Code (IPC) for allegedly giving a provocative speech at the Aligarh Muslim University (AMU) on CAA. Dr. Khan already has another appeal pending with the NHRC.