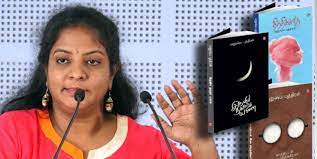 HRDA has issued an urgent appeal to the National Human Rights Commission of India on September 15, 2020 regarding the online abuse of Ms. Kavin Malar and police inaction over her complaints regarding the same. Ms. Malar is a journalist and WHRD based in Chennai.

On August 9, 2020, Ms. Malar uploaded a video on Facebook criticising BJP workers worshipping Lord Muruga. She was trolled viciously thereafter and one Mr. Sasi Kumar posted obscene comments on her photos, after which she started receiving obscene calls and messages from other Facebook users. She complained about this to Facebook, but the company did not take any action against Mr. Kumar, saying his post was not against their community standards.

Ms. Malar filed a complaint with the police against Mr. Kumar on August 17, 2020. A case was registered under Section 354D (stalking) of the IPC and Section 4 of the Tamil Nadu Prohibition of Harassment of Women Act, 1998. The All India Democratic Women’s Association filed a complaint with the Coimbatore District Superintendent of Police against Mr. Kumar, and urged that he be booked under Sections 66 (c) and 67 of the Information Technology Act and Section 292 of the Indian Penal Code, but no action was taken against the perpetrators.