Nitesh Alawa suspended from service due to participation in a protest 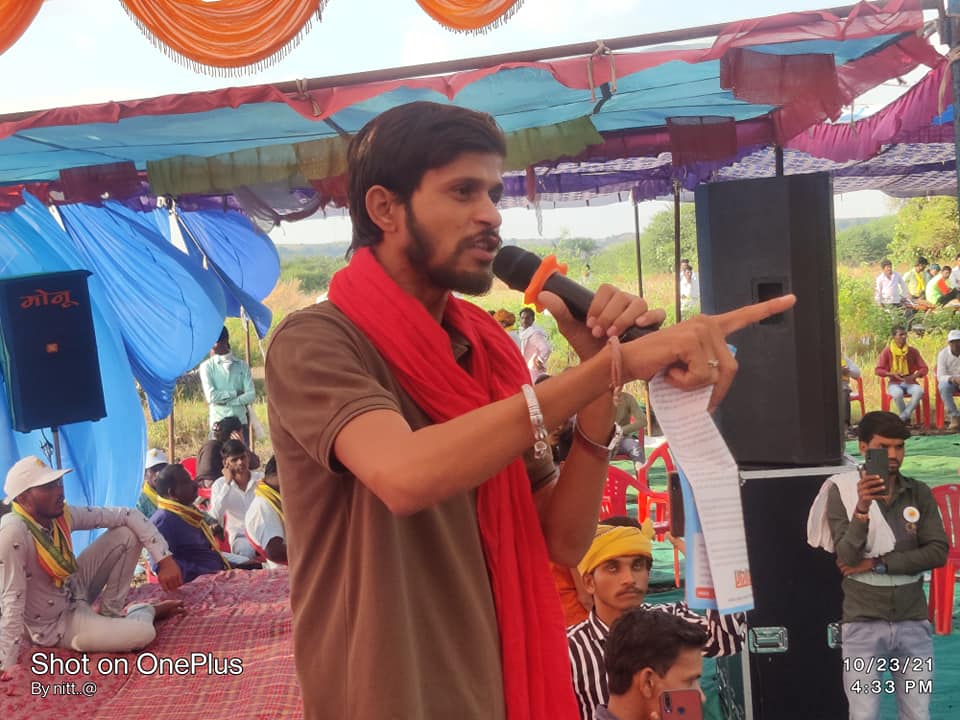 HRDA has issued an urgent appeal to the National Human Rights Commission of India on September 10, 2021, regarding disciplinary action and suspension of Mr. Nitesh Alawa for participating in a protest.

Mr. Nitesh Alawa, a revenue officer in the Alirajpur district of Madhya Pradesh. He has been actively advocating for the rights of Adivasis in the region and has raised his voice against atrocities committed against Adivasi communities. He is also the District President of the MP Patwari union.

On May 13, 2021, five members of a family including three minors were murdered by a dominant caste group, which led to large protests against the police for neglecting the investigation of the murders. Mr. Alawa attended three protests on July 4, July 11, and July 14. Two of which were on Sundays and the last one, July 14, was held on a Wednesday.

On July 15, 2021, he was suspended for his work under Rule 3(1), 5 (1), 6(1) of the Madhya Pradesh Civil Services (Conduct) Rules, 1965, and Rule 9 of the M.P. Civil Services (Classification, Control, and Appeal) Rules, 1966, which authorizes suspensions pending disciplinary actions. He was not issued any show-cause notice and no hearings were conducted prior to the order.

Mr. Alawa was targeted for his work as he was involved in the rights of Adivasi communities in the region. Article 19 (a) and (b) of the Constitution of India guarantees the right to freedom of speech and expression and peaceful assembly. The suspension of Mr. Alawa for exercising his rights should not be subject to a suspension.