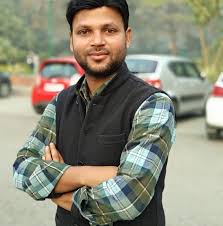 HRDA has issued an urgent appeal to the National Human Rights Commission of India on May 27, 2020 regarding the illegal detention/ arrest, fabricated charges and harassment of Mr. Meeran Hyder, a student activist and member of the Jamia Coordination Committee.

Mr. Hyder received a written summon on April 1,2020, asking him to report to the special cell police station for interrogation and visited the police station along with his lawyer. He was interrogated for the entire day before being arrested on the basis of a complaint filed by Mr. Arvind Kumar, Sub Inspector, North Cell, CBI, in which Mr. Kumar claimed that secret sources had told him the February 23-25 riots in Delhi were a planned conspiracy.

Although Mr. Hyder wasn’t named in the FIR, he was sent to judicial custody following the remand period and lodged in the Tihar jail. His bail application was rejected on April 20, 2020.