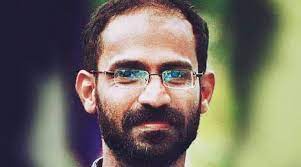 HRDA has issued an urgent appeal to the National Human Rights Commission of India on October 28, 2020, regarding the misuse of law and non-compliance with mandatory procedures to falsely implicate journalist Mr. Siddique Kappan and student activists Mr. Ateeq-Ur-Rehman and Mr. Masood Ahmed in riots in Hathras, Uttar Pradesh. Mr. Kappan is a Delhi-based journalist who reports for Azhilimugam, a web-based channel. He is also the secretary of the Kerala Union of Working Journalists. Mr. Ateeq-Ur-Rehman and Mr. Masood Ahmed are Ph.D. students and activists with the Campus Front of India, whereas Mr. Alam is a taxi driver.

On October 5, 2020, Mr. Kappan, Mr. Ateeq, and Mr. Masood were going to Hathras to report on the rape and murder of a Dalit teenaged girl on a car hired from Delhi driven by Mr. Alam. They were stopped at the Mathura check post around 6 PM by personnel from the Mant police station, and all four were detained. An FIR was lodged against them on October 7, 2020, by Mr. Parbal Pratab Singh, Sub-Inspector of Mant police station under Sections 124A (Sedition), 153A (Promoting enmity between different groups on grounds of religion, race, place of birth, residence, language, etc., and doing acts prejudicial to maintenance of harmony) and 295A (deliberate and malicious acts, intended to outrage religious feelings of any class by insulting its religion or religious beliefs) of the IPC, Sections 14 (Offences to be cognisable) and 17 (Punishment for raising funds for the terrorist act) of Unlawful Activities Prevention Act, Sections 65 (Tampering with computer source documents), 72 (Penalty for Breach of confidentiality and privacy) and 76 (Confiscation) of the Information Technology Act.

As per the FIR, the four were taken into custody due to their suspicious activities and their role in running a website that collected money and trained people in wreaking violence and escaping from the scene. The FIR said six mobile phones and laptops were seized from them but provided no details or proof of the same.

Mr. Kappan and others were sent to 14 days of judicial custody after being produced in court. No official intimation about the arrest was given to Mr. Kappan’s family, whereas Mr. Ateeq’s family received a call from the police on October 7, 2020. On October 9, some policemen visited Mr. Masood’s house for an inquiry. No information was provided to families about the medical condition of the accused. According to Mr. Ateeq’s family, he is a heart patient and is under treatment at AIIMS.

The Kerala Union of Working Journalists, in a letter to Chief Minister Yogi Adityanath, demanded the release of Mr. Kappan. The union appealed to several officials, while the Press Club of India condemned the incident.