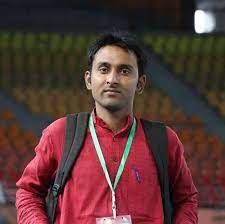 HRDA has issued an urgent appeal to the National Human Rights Commission of India on September 1, 2020, regarding misuse of law, non-compliance with mandatory procedures, and fabricated charges against Mr. Zakir Ali Tyagi by police in Meerut, Uttar Pradesh. Mr. Tyagi is a well-known social activist and has been part of several fact-finding teams in Uttar Pradesh. He spent 42 days in jail in 2017 in connection with a case over a Facebook post critical of the UP Chief Minister and is currently out on bail.

On the midnight of August 25, 2020, around 15-20 policemen from Kila Parikshit Garh police station barged into Mr. Tyagi’s home and misbehaved with his mother and sister-in-law. They illegally detained and tortured Mr. Tyagi through the night and threatened villagers who opposed his detention.

Village elders who went to Kila Parikshit Garh police station the next morning to inquire about Mr. Tyagi were not provided any clear response. Around 11:15 AM on August 26, his family members received a call from the Kila Parikshit Garh police station saying he was being sent to jail in a cow slaughter case and the family was permitted to meet him.

The FIR on cow slaughter was registered by Sub-Inspector Mr. Mahesh Singh Rana based on the directions of Mr. Mithun Dikshit, SHO of Kila Parikshit Garh police station. Mr. Tyagi’s name was not mentioned in the original FIR, and he never had any connection with the incident.