Intimidation, illegal detention and arrest of Rajendra Naik, Daulat Dhura and other HRDs over fabricated charges by Odisha Police 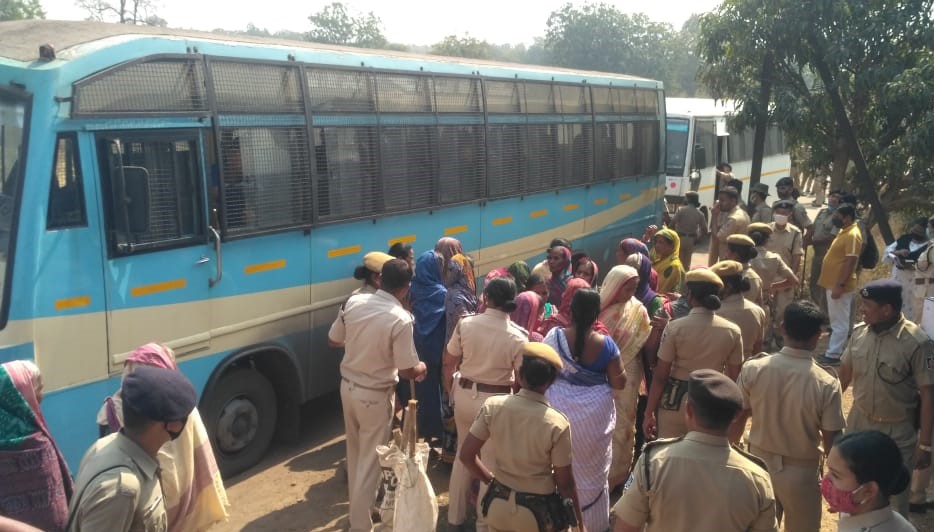 Rajendra Naik, Daulat Dhura and others

HRDA has issued an urgent appeal to the National Human Rights Commission of India on August 4, regarding intimidation, illegal detention, and arrest of Mr. Rajendra Naik, Mr. Daulat Dhura, and other HRDs over fabricated charges by the Odisha Police.

Mr. Rajendra Naik, Mr. Daulat Dhura, and other HRDs are residents of Hemgiri block in Sundergarh district and are members of the Jan Shakti Vikash Parishad (JSVP). The JSVP coordinates and spearheads protest against coal-dust pollution in the area.

The environment clearance to Kulda Open Cast Mine was given on the basis that coal will be transported via a dedicated corridor and effective control measures will be adopted. However, violating the order, the coal company started transporting the coal though local villages via open trucks and did not undertake any protection measures. The JSVP protested against the issue and started a peaceful agitation, which included a road blockade. They also submitted a memorandum to the district collector on January 15, 2021, urging him to stop the transportation of coal through villages.

On January 27, a transport supervisor filed a complaint against Mr. Naik and others for halting coal transport based on which the police filed an FIR under various sections of the Indian Penal Code. Officials including the district collector visited the spot and urged the protestors to withdraw the blockade and also had meeting with the officials of the mining companies who claimed to be using a dedicated corridor but could not show any proof of that.

Mr. Naik was taken by the Hemgiri police and detained for 10 hours on February 14. On the same day, various officials from the district administration and police personnel arrived at the protest site and declared the area to be under section 144. They asked the protestors to vacate the place and then resorted to using force against them.

On March 15, the police registered an FIR against Mr. Naik and other HRDs based on the complaint by a transporter under various section of IPC as they didn’t stop their protest. A large contingent of police personnel arrived at the spot and detained protesters, which included women and children. They were released by the police only after people from the local villages gheraoed the police station. Mr. Naik and 15 others HRDs were arrested in the case and were released after 15 days.

The intimidation and arrest of HRDs under fabricated charges by the local administration for opposing violation of environment clearance regulation show that the administration is siding with the violators. The intimidation and arrest of HRDs protesting peacefully is a violation of Article 19 (a), which guarantees freedom of speech and expression, and Article 19 (b), which safeguards peaceful assembly, of the Constitution of India. It is also violating the Human Rights Council Resolution 15/21 which reaffirms the right to peaceful assembly as well as the UN Declaration on Human Rights Defenders.