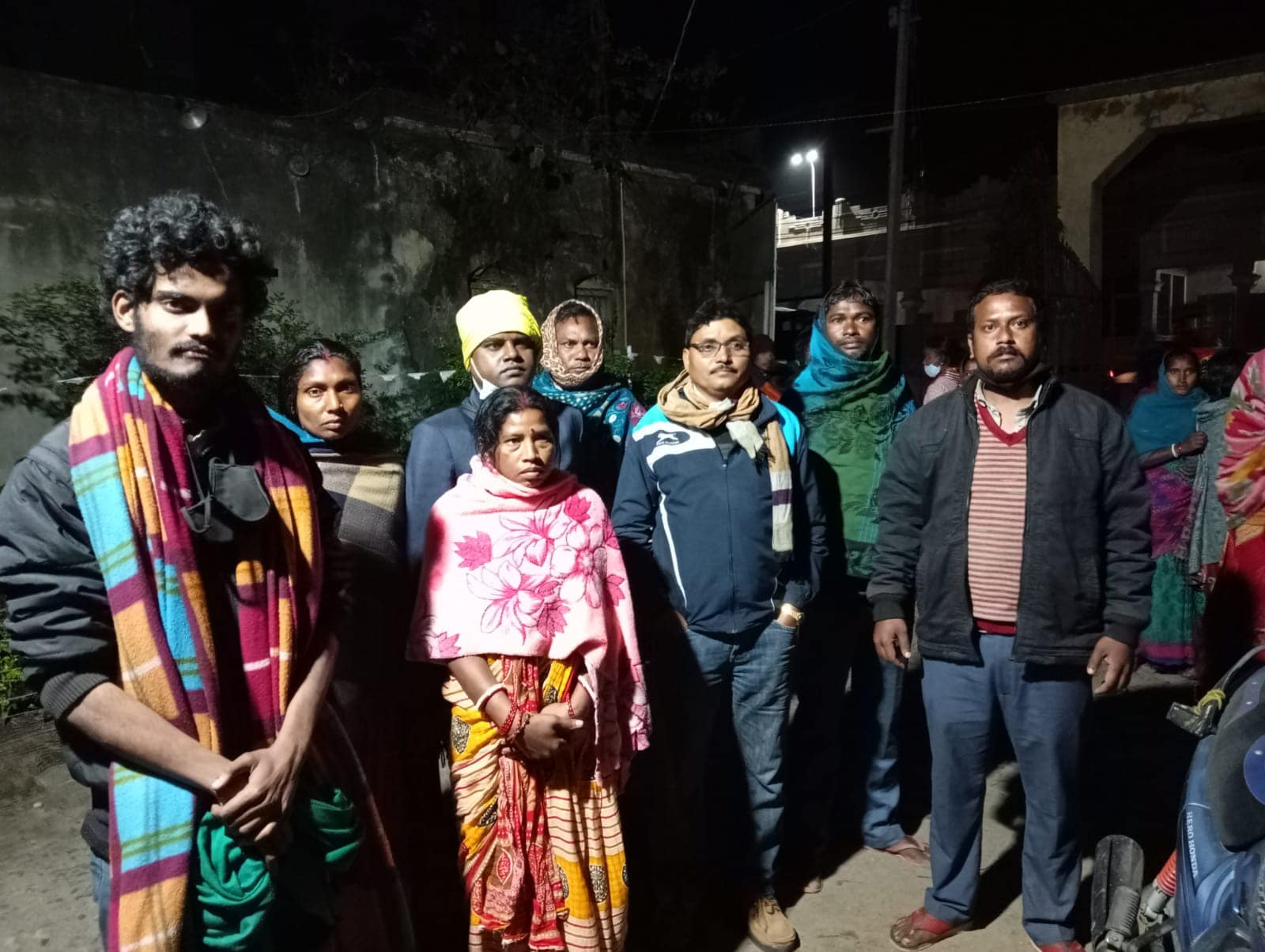 Mr. Balram Mahato and Mr. Anup Mahato are residents of Dobo village in Saraikela Kharsawan district and work with the Samyukta Gram Sabha Manch, a social organisation that protects the interests of tribals and other residents in the area. Mr. Anup Mahato is also also the convenor of Jharkhand Jan Sangharsh Morcha, a federation of people’s movements in Jharkhand. Mr. Satyam, a resident of Jamshedpur, is its co-convenor.

The three HRDs have participated in several meetings, programmes, and protests against displacement, land grabbing, violation of forest rights.

On July 19, 2022 about 150 police personnel including women and led by Circle Officer Mr. Pranav Ambasht and SDO Mr. Ranjeet Lohra reached Dobo. They were accompanied by construction workers, who began constructing a wall around a disputed plot that the HRDs and villagers had been protested. This action was in violation of a court order.

Villagers protested against this, and showed the previous day’s court order to Mr.Ambasht and other police officials. But police threatened and abused them using in casteist terms and outraged the modesty of women by tearing and pulling their saris, pinning them to the ground and sexually molesting them. When Mr. Balaram Mahato protested against the police’s actions, Circle Officer Mr. Pranav Ambasht grabbed him by his neck and tried to throttle him, but he was rescued by fellow villagers. Police then rounded up Mr. Mahato and other protestors and witnesses who were recording the incident on their mobile phones, and locked them inside the police van stationed at the spot for around 7 hours. On July 20, police registered an FIR were registered at the Chandil Police Station against Mr. Balaram Mahato, one Mr. Manoj and 20-25 unnamed others.

The incidents display a total abuse of power by the police and are in complete violation of Article 19 of the Constitution. There are several procedural violations in the police’s actions. Human Rights Defenders Alert sent an urgent appeal to the National Human Rights Commission urging it to direct its Investigation Wing to undertake an independent inquiry into the misuse of law by police and administrative officials and their involvement in reprisals against land rights defenders. We also appealed to the Hon’ble Commission to direct the Director General of Police, Jharkhand to suspend Chandil Circle Officer Mr. Pranav Ambasht till the investigation is completed, in light of videos showing him torturing HRD Mr. Balram Mahato and to take action on the villagers’ complaint pleading police officers be booked under the SC/ST Prevention of Atrocities Act.