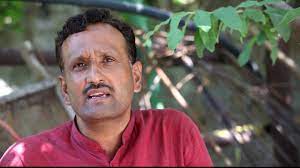 HRDA has issued an urgent appeal to the National Human Rights Commission of India on July 20, 2020 regarding the illegal detention, intimidation and threats to Mr. Raja Bhaiyya by police on directions of the SP of Chitrakoot. Mr. Bhaiyya is the founder Vidyadham Samiti, an NGO that works for the rights of poor and deprived workers in the Bundelkhand region.

On July 11, 2020, at around 5 PM, Mr. Bhaiyya was taken forcibly from his office by policemen from Bharatkoop police station to Mr. Ankit Mittal, SP, Chitrakoot. While he was not provided any reason or shown a warrant, Mr. Mittal and other personnel including the Circle Officer (CO) of Sadar questioned him regarding accompanying an Aaj Tak reporter to Dafai in Chitrakoot to report on the exploitation of local women.

Although Mr. Bhaiyya told police that he had no knowledge about the news story that the journalist had filed till it was aired on TV, they threatened to lodge a case against him under the SC/ST Prevention of Atrocities Act and the Protection of Children from Sexual Offences Act. The CO abused him, he was severely assaulted, his wallet and mobile were taken away, and he was detained in a lockup with others without any due procedures being followed.

He was released on July 12, 2020 at around 2 PM, after being forced to write a statement saying he knew the journalist and the contents of the report. On July 18, 2020, he wrote the same to Chitrakoot Sub Divisional Magistrate, and was asked to appear in front of the inquiry team on July 19, 2020. The inquiry team also grilled him and said that “his inhumane treatment and detention by the police was valid as he was a liar.”