Illegally detained and torture of Gaffar Khan by Police in Meerut at Police Station, UP 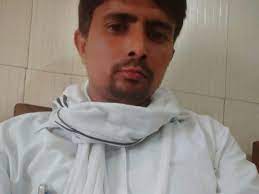 HRDA has issued an urgent appeal to the National Human Rights Commission of India on August 8, 2020 regarding the illegal detention and torture of Mr. Gaffar Khan by police in Meerut. Mr. Khan is a lawyer practicing in the civil court of Meerut for over 10 years.

On July 30, 2020, Mr. Khan intervened when policemen tried to kidnap a minor child and take him to the police station in the midnight as they could not find his father in the house. Annoyed at this, Sub Inspector (SI) Mr. Jitendra Kumar and Constable Mr. Subhash Kumar along with 6-7 other policemen abused and slapped Mr. Khan and others who were opposing them, and forcibly took Mr. Khan and his neighbor Mr. Imqaan to the Yogipuram police chowki under Kankarkhera police station. Mr. Khan and Mr. Imqaan were brutally assaulted at the police station, leaving Mr. Khan with a fracture in his hand. Police also broke his mobile phone and took the money in his pocket. They were released after lawyers informed the SHO Mr. Bijendra Pal Rana of their illegal detention.