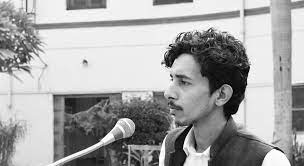 HRDA has issued an urgent appeal to the National Human Rights Commission of India on July 9, 2020 regarding the illegal detention of Mr. Sharjeel Usmani from Azamgarh allegedly by state police’s crime branch. Mr. Usmani is a student of Aligarh Muslim University (AMU) and an activist opposed to the Citizenship Amendment Act (CAA) and other human rights violations.

On the evening of July 8, 2020, Mr. Usmani was abducted from Azamgarh by five policemen who claimed to be from the crime branch and taken to another location and then to his maternal uncle’s house, handcuffed. The reasons for his arrest and the place of detention was not disclosed to anyone, mandatory arrest procedures were not followed, and he was denied access to a lawyer. His personal belongings like laptop, mobile phone and books were confiscated, no seizure memo was provided, and his whereabouts remain unknown despite the passage of over 24 hours since his abduction.