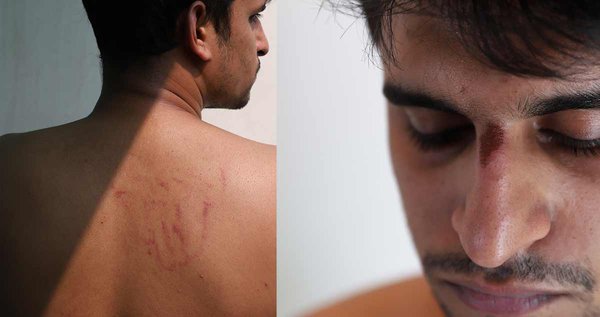 HRDA has issued an urgent appeal to the National Human Rights Commission of India on October 18, 2020 regarding the illegal detention, brutal torture and criminal intimidation of Mr. Ahan Penkar. Mr. Penkar is a journalist associated with The Caravan.

On October 16, 2020, at 2:45 PM, Mr. Penkar reached the venue of a sit-in protest outside the Model Town police station concerning the death of a Dalit girl. While he was interacting with the victim’s relatives, Mr. Ajay Kumar, the ACP and other policemen forcibly dragged the protesters inside the police station. When they saw Mr. Penkar recording the incident, they also dragged him into the police station. Mr. Kumar and others assaulted Mr. Penkar with iron rods and fists causing severe injuries to his body. They made him delete all the recordings and threatened him about further assault despite him telling them that he was a journalist. Policemen also assaulted other protesters for more than 15 minutes, and the ACP threatened that he would file an FIR against them under various Sections of the Indian Penal Code (IPC) falsely accusing them of inciting violence.

Mr. Penkar was released only at night when he informed his colleagues about the incident and was admitted in the hospital. He filed a complaint with the Delhi Police Commissioner Mr. S.N. Shrivastava against the ACP and other policemen subsequently.