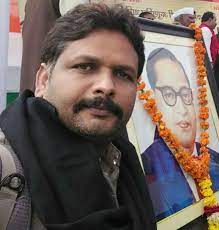 HRDA has issued an urgent appeal to the National Human Rights Commission of India on January 9 regarding the illegal arrest and detention of Dr. Anoop Shramik by police in Varanasi, Uttar Pradesh. Dr. Shramik is the Convener of Rashtriya Inquilabi Dalit Adivasi Manch and the Regional Coordinator of Dalit Foundation in the north.

Dr. Shramik was arrested on December 19, 2019, from Beniyabag ground in Varanasi by the Uttar Pradesh police during a peaceful protest march against the Citizenship Amendment Act (CAA) and the National Register of Citizens (NRC) and jailed under Section 151 of Criminal Procedure Code (CrPC). He was also charged with violating Section 144 of the CrPC and breach of peace. A case was filed against Dr. Shramik in Chetganj police station under Sections 147, 148, 149, 188, 332, 341, and 353 of the Indian Penal Code (IPC), and under Section 7 of the Criminal Law Amendment (CLA) Act. These sections include charges of violent rioting with deadly weapons and assaulting a public servant. His family was neither given a copy of the FIR, nor allowed to visit him in jail for three days. The Sub Divisional Magistrate refused to sign his bail application, and his family was informed that there was a ban on legal procedures by friends or family to meet him. He was also kept in the lockup without informing the court.

While 53 others arrested from the protest site on December 19, 2019 were granted bail on January 1, 2020 and released from jail, Dr. Shramik was implicated in another fabricated case in Lanka police station under Sections 153A and 153B of IPC which criminalises the promotion of enmity between social and religious groups. He was lodged in Chokaghat Jail in Varanasi for 19 days and was granted bail on January 6, 2020.