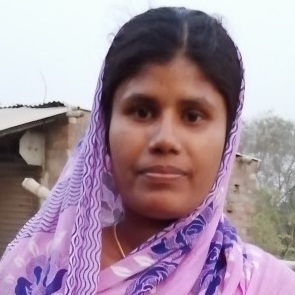 HRDA has issued an urgent appeal to the National Human Rights Commission of India on February 1, 2019 regarding the harassment of WHRD Ms. Shila Bewa. Ms. Bewa’s husband Mr. Imajuddin Mondal had died on April 17, 2015 in an extrajudicial killing and it is being alleged that her husband was killed by the BSF personnel. After his death Ms. Bewa started taking part in different programs against human rights violations in the district and has continued to work for the promotion and protection of human rights.

Ms. Bewa was sticking posters as part of human rights awareness campaign by an organization called ‘Amra Simantabasi’ (We the people of border) near the river bank areas of village Toltoli under Ghospara Gram Panchayat. One Mr Tejbir, DIB, Battalion number 43, under Farajipara Border BSF outpost, objected to paste the posters on the walls, and abused Ms. Bewa in filthy language and snatched away the rest of the posters from her, but she protested and asserted that it is her right to campaign for lawful demands. But the said officer rejected her assertion and took all the posters forcefully from her and also used abusive used to Ms. Bewa and also had torn the posters.

Ms. Bewa, on the same day at around 3:30 PM went to Jalangi Police Station to submit a written complaint detailing the incident and urged to treat the same as FIR. Police officer Mr. Shyamol Babu though received the complaint but taunted her by saying that “this kind of incident happens only to you”. The officer however assured her to give a receipt of the complaint the next day. The next day when Ms. Bewa arrived at the police station enquiring about her complaint, one officer Mr. Biplab Karmakar called Ms. Bewa to his room and threatened her by saying that “You cannot do anything against the BSF”