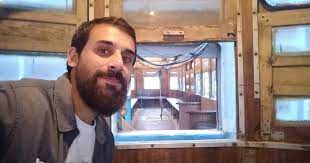 HRDA has issued an urgent appeal to the National Human Rights Commission of India on January 13 regarding the harassment and intimidation of Mr. Omar Rashid in Lucknow. Mr. Rashid is a journalist and human rights, defender.

At around 6.45 PM on December 20, 2019, Mr. Rashid and his friend were detained by policemen in plainclothes when they were near an eatery close to the state BJP headquarters in front of the Assembly. Although Mr. Rashid told the police that he was a journalist and showed them his identity card, the duo was taken to Hazratganj police station and was told that a senior officer wanted to talk to them. They were then taken to the Sultanpuri police outpost, where the questioning continued.

Police threatened to book Mr. Rashid under Section 120B. They hurled abuses at him about his Kashmiri identity and kept asking him about ‘other Kashmiris’ who the police claimed was in Lucknow to organize protests against the Citizenship Amendment Act (CAA) and the National Register of Citizens (NRC). He was told that he would be thrashed and his beard would be torn apart if he didn't answer the questions satisfactorily. The police took away all his belongings and forced him to stand in the queue with other detainees. They made him hold a placard bearing his name and photographed him, as is done when suspected criminals are arrested. He was released later in the night after the intervention of other journalists with the Chief Minister.