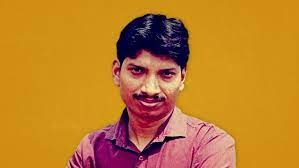 Mr. Rupesh Kumar Singh is an independent journalist based in Jharkhand’s Ramgarh district. He has been reporting widely on various people's movements, displacement, militarisation, false encounters and fabricated cases against innocent tribals and other human rights violations since 2014.

Human Rights Defenders Alert issued an urgent appeal to the National Human Rights Commission over the illegal arrest and torture of journalist Mr. Singh. Mr Singh was arrested on July 17, 2022, by a 10-member team of police officials led by Mr Chandan Kumar Vats, Deputy Superintendent of Police (HQ), Saraikela Kharsawan. Rupesh Kumar Singh was in police custody from 1.40 pm on July 17 till 5 pm on July 18 before being produced in the court. During this time, he was not allowed to sleep. On July 18, after being produced in the court, he was taken back by the police and kept in a cell of 5 rooms in which he was kept with the prisoners having infectious diseases.

We are concerned by the family reports of mental torture of not being allowed to sleep in police remand, being kept in close proximity with prisoners of infectious diseases and the possibility of his medical condition worsening.

We have urged the Hon’ble Commission to direct the Director General of Police of Jharkhand to cease the torture of journalist Mr Rupesh Kumar Singh immediately and submit the report to them.