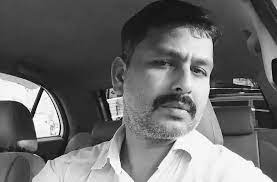 HRDA has issued an urgent appeal to the National Human Rights Commission of India on September 4, 2020 regarding fabricated charges and threats against journalist Mr. Manish Kumar Soni by Chhattisgarh Police. Mr. Soni is a senior investigative journalist and human rights defender, and writes in many national and regional publications.

In 2016, Mr. Soni reported on adivasis being arrested and tortured to death while in custody. Angered by these articles, a false case was lodged against Mr. Soni in Ambikapur Police station under Sections 353 and 186 (2) of the Indian Penal Code (IPC), and he is out on conditional bail.

On August 16, 2020, Assistant Sub-Inspector of Ambikapur police station Mr. Rakesh Yadav lodged an FIR (No. 33354002200463) against Mr. Soni under IPC Sections 153(a) (promoting enimity between classes), 153(b) (imputations, assertions prejudicial to national integration) and 505 (2) (false statement, rumours, with an intent to create enimity). The FIR was based on a written complaint from Mr. Alok Dubey, a BJP ward member, who alleged Mr. Soni created hatred among ordinary citizens and adivasis towards the security forces though Facebook posts, thus affecting national unity and integrity.

Though Mr. Soni was not arrested, he was harassed and intimidated repeatedly over the phone after the FIR was filed. Local policemen threatened him saying, “If you keep doing such things, you will be encountered and your dead body will not be found.” Superintendent of Police Mr. Tilakram Koshima called him a week after the FIR was filed, questioned his credentials as a journalist and warned him to stay away from writing about the police and custodial killings.

When Mr. Soni called the Inspector General Mr. Ratanlal Dangi for help, he said he didn’t know anything about the case, and district policemen would handle it. He also asked Mr. Soni to “leave all this.” Mr. Soni was also warned by the Deputy Protection Officer of the court to take anticipatory bail, who said the police could arrest him anytime.