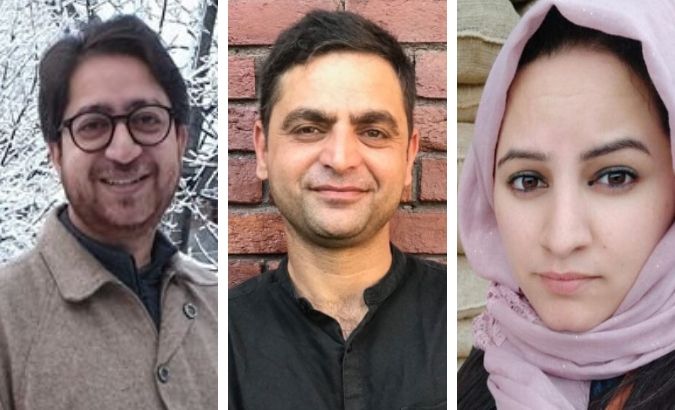 HRDA has issued an urgent appeal to the National Human Rights Commission of India on April 29, 2020 regarding intimidation and misuse of law by police in Jammu and Kashmir to implicate Ms. Masrat Zahra, Mr. Peerzada Ashiq and Mr. Gowher Geelani. Ms. Zahra is a freelance photojournalist, Mr. Ashiq is a senior journalist and special correspondent for The Hindu, and Mr. Geelani is a senior journalist, political commentator and author of the book Kashmir: Rage and Reason.

On April 18, 2020, around 4 PM, the Cyber Police called Ms. Zahra and asked her to visit them immediately without providing any reason for the same. She was told that the Superintendent of Police (SP) wanted to see her and she would come to know of the reason during the visit. Ms. Zahra informed the Director for Information about the same and he advised her to take precautions while using social media. From this, she gathered that she was under surveillance and her social media posts were being monitored to attack her. On April 20, 2020, she was booked under Section 13 of the Unlawful Activities Prevention Act (UAPA) and Section 505 of the Indian Penal Code (IPC) for uploading anti-national posts with criminal intention to induce the youth and promote offense against public tranquility. When she met the police on April 21, 2020, she was told that the cases against her would be withdrawn, but no formal statement was given about the same. Her case was not withdrawn, and the FIR still continues to be in place although no copy of it was provided to Ms. Zahra.

In a separate case, on April 19, 2020, Mr. Peerzada Ashiq contacted police officials in connection with a story he was working on, when they in turn questioned him and summoned him to the police station. He was arrested at the police station upon arrival and an FIR against him was registered under Section 505 of the IPC based on a written complaint by the District Magistrate of Anantnag. On April 20, 2020, police held a press conference claiming the details published in Mr. Ashiq’s reports were factually incorrect and could cause fear or alarm in the minds of the public.

Whereas the FIR against Mr. Gowher Geelani was filed on April 20, 2020 under Section 13 of the Unlawful Activities Prevention Act (UAPA) and Section 505 of the IPC at the Cyber Police Station in Srinagar. The FIR states that Mr. Geelani “has been indulging in writings on social media which threaten the territorial integrity of India”. The police claimed that Mr. Geelani glorified terrorism in Kashmir, which was considered “prejudicial to the national integrity, sovereignty and security of India”.