Brutal assault of Adv. Priyanka Shukla by police in Bilaspur 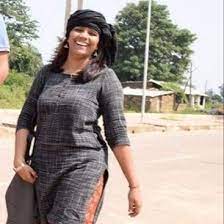 HRDA has issued an urgent appeal to the National Human Rights Commission of India on August 25, 2020 regarding the brutal assault, illegal detention and arrest of Ms. Priyanka Shukla by police and administration officials at a shelter for HIV positive children in Bilaspur. Ms. Shukla is a human rights lawyer in Bilaspur, Chhattisgarh associated with the Jagdalpur Legal Aid Group working for the rights of Adivasis.

On August 17, 2020, Ms. Shukla reached ‘Apna Ghar’, a shelter home in Ameri, Bilaspur after getting a call from a staff member who said an officer from the Janjgir-Champa Women and Child Development department was trying to take away two children without any document even as the children refused to go with her.

At 12:30 PM, around 50 officials – including Mr. Suresh Singh, District Programme Officer in the Ministry of Women and Child Development; Ms. Nimisha Pandey, Chief Superintendent of the Police, Chhattisgarh; Ms. Parvati Verma, District Child Protection Officer; Mr. Sanip Ratrey, Town Inspector in Sarkanda police station; and other officials from the Women and Child Development Department and policemen from two different police stations – reached the shelter home in three police and two government vehicles. They claimed to have orders for taking away the two children, but when Ms. Shukla asked to see the same, an argument broke out. The officials refused to pay heed to Ms. Shukla’s concerns about transferring HIV+ children amidst the pandemic, turned off the CCTV camera, snatched her mobile phones, and police women physically assaulted her by dragging her hair while she tried to hide in a room.

While many girls were also injured during this assault, Ms. Shukla was forcibly taken to Sarkanda Police station in the police car.

At the Sarkanda police station, she was not allowed to talk to anyone, her request for a medical test for hand injuries was rejected, and no food was provided to her. Meanwhile, an FIR was filed by Ms. Parvati Verma against the Director and Deputy CP of Apna Ghar under sections of Sections 341, 323, 186 and 353 of the Indian Penal Code (IPC). At 6 PM, Ms. Shukla was taken to the Sakri police station. Police rejected medical advice for her hospitalisation following the medical test and took her back to the Judicial Magistrate at Bilha, Bilaspur. She was released at 10 PM on a bond of Rs 10,000. On August 18, 2020, Ms. Shukla was admitted to the hospital and the X-ray report of her hand is awaited.