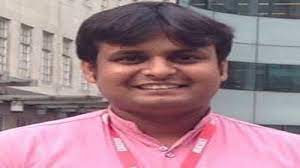 HRDA has issued an urgent appeal to the National Human Rights Commission of India on July 30, 2020 regarding the illegal detention and harassment of Mr. Dilnawaz Pasha by Sambhal Police in Uttar Pradesh. Mr. Pasha is a senior journalist and presently reports for BBC Hindi.

Mr. Pasha visited the police station on July 16, 2020 with his relative Mr. Raza to inquire about another relative who had been illegally detained and arrested the previous night. This was after Mr. Pasha had informed the Superintendent of Police (SP) about the matter.

Mr. Pasha and his relative were harassed, physically assaulted and illegally detained at the police station, and were released after a few hours following a complaint from BBC. Although the SP and other police personnel apologised to Mr. Pasha and his relative and promised to take action against policemen who had assaulted them, no action was taken against errant personnel.