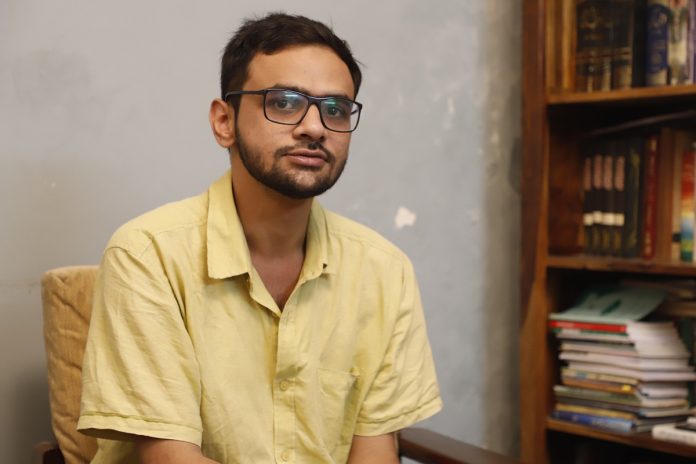 HRDA has issued an urgent appeal to the National Human Rights Commission of India on 16th August, regarding the attack on student activist and human rights defender Mr. Umar Khalid.

On August 13, 2018, Umar Khalid was present at the Constitution Club of India to speak on mob lynching at an event – ‘Khauf Se Azadi’: Towards Freedom Without Fear’, held by an organisation, 'United Against Hate'. Around 2:30 p.m. before the programme was to start, Umar along with other friends stepped out of the venue to have tea. While he was returning to the venue, an unidentified assailant allegedly approached Umar, grabbed his neck from behind and threw him to the ground. Umar noticed that the assailant had a gun in his hand, seeing which Umar got scared and held the assailant’s hand which was holding the gun and tried to move it aside. Umar’s friends, Shariq and Banjyotsna Lahiri, who were present there for the event, tried to overpower the assailant and pushed him aside. The assailant got scared and started running away and after having travelled a distance, fired with the gun. When Umar heard the sound of the gunshot he ran and went inside the venue. Several eyewitnesses reported having heard a gunshot as the attacker ran away. The Delhi Police has registered a case under Section 307 (attempt to murder) of the Indian Penal Code, 1860 and Section 27 of Arms Act at Parliament Street Police Station. Police has also reportedly recovered CCTV footage of the attacker from a camera installed at the RBI building across the road and said he had dropped the gun as he escaped and has also been able to track part of the route taken by the assailant while escaping.