Arrest and threat to life of Dalit writer and activist 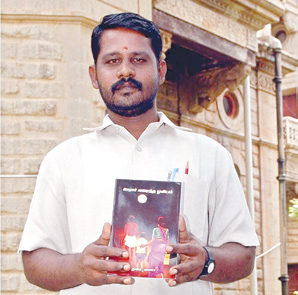 HRDA has issued an urgent appeal to the National Human Rights Commission of India on October 15, 2019 regarding the arrest and threat to life of writer and social activist Mr. Durai Guna in Pudukottai District of Tamil Nadu, who has been working on environmental issues. He has consistently stood against the encroachment, by politically influential figures, of the Vettukulam tank in Kulanthiraanpattu village. He had previously filed a case at Madurai Bench of Madras High Court on May 20, 2017 and had also made a complaint to the District Collector of Pudukottai on June 12, 2017 and July 19, 2017, yet no action was taken.

Vettukulam tank located in Kulanthiraanpattu village, Karambakudi taluk, Pudukottai District, has illegally been encroached for the last three decades, which affected the right to livelihood of the Kulanthiranpattu as well as adjacent villagers who feared complaining against the local politicians who have been involved in this encroachment. It is pertinent to mention that this encroachment has been done by individuals supported by Karikaalan s/o Panneerselvam and Karuppaiah s/o Panneer, and both belong to the ruling political party, with support from the officials of district revenue department and local police.

In continuation of his work against illegal encroachment, Mr. Guna had pasted posters which called for people to act against the inaction on the issue by officials. A complaint was filed against Mr. Guna in this regard by the Village Administrative Officer Ms. Jasmine Banu after consultation with the Tahsildar of Karampakudi Mr. Willam Moses and Mrs.Chella, Revenue Inspector of Karampakudi. A case was registered without any inquiry by Mr. Saravanan, Sub-Inspector of Police under Cr. No:175/2019, with sections 170 (Personating a public servant),501 (printing or engraving matter known to be defamatory) of the Indian Penal Code. He was sent to the Pudukottai district prison on August 26, 2019 and was released on bail after six days. However, as those involved in the encroachment are influential political figures, out of fear of reprisal, Mr. DuraiGuna lodged a complaint to the Kulanthiranpattu police on the life threat to him and his family members by them, with a request to provide protection, which is yet to be provided.