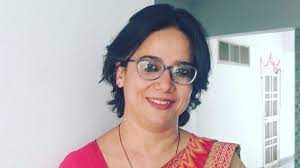 
HRDA has issued an urgent appeal to the National Human Rights Commission of India on January 10 regarding the arbitrary arrest, fabricated charges, and custodial torture of Ms. Sadaf Zafar in Lucknow. Ms. Zafar is a former teacher and political activist, and one of the persons heading the Congress’ media cell in Uttar Pradesh.

Ms. Zafar was brutally assaulted by male and female police personnel and arrested on December 19, 2019, while she was taking videos of protests against the Citizenship Amendment Act at Parivartan Chowk in Lucknow. Videos shot by her before her assault and shared on social media show her telling police personnel to nab those who were pelting stones, whereas policemen were abusing her. Ms. Zafar was abused and assaulted at the police station as well, including being kicked in the stomach, stabbed, and called ‘Pakistani’.