Arbitrary arrest and manhandling of Nagai Thiruvalluvan in Tamil Nadu 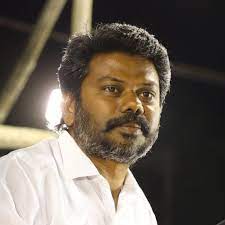 HRDA has issued an urgent appeal to the National Human Rights Commission of India on 6 January regarding the arbitrary arrest and manhandling of Mr. Nagai Thiruvalluvan while he was protesting against the death of 17 persons in Mettupalayam due to a wall collapse. Mr. Thiruvalluvan is President of Tamil Puligal Katchi, a political party for the welfare of the Arundhathayar community.

On December 2, 2019, Mr. Thiruvalluvan was protesting along with the families of the 17 deceased persons in front of the Government Hospital, Mettupalayam when he was attacked by nearly 100 policemen under the orders of the Superintendent of Police (SP) Mr. Sujith Kumar; Deputy Superintendent of Police (DSP) Mr. Mani; and Inspector, Mettupalayam police station, Mr. Chennakesavan.  While Mr. Thiruvalluvan and others were physically assaulted, DSP Mr. Mani also insulted and threatened Mr. Thiruvalluvan, abused him using caste names and ordered his immediate arrest. Mr. Chennakesavan forcibly dragged Mr. Thiruvalluvan and 20 other persons and detained them for nearly 16 hours before they were taken for treatment and remanded in prison on December 3, 2020.