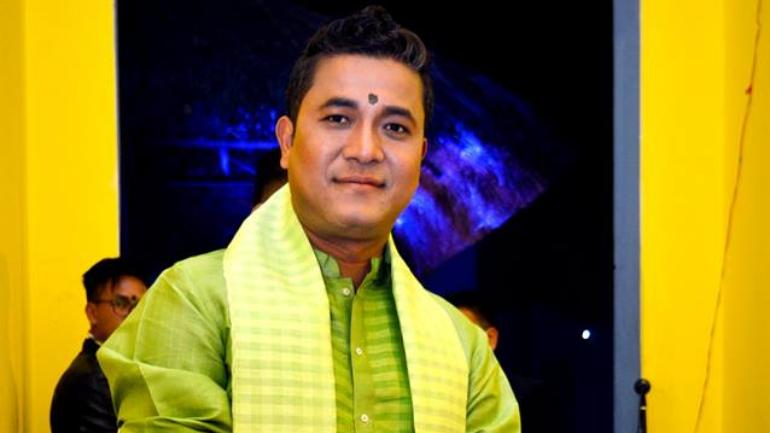 HRDA has issued an urgent appeal to the National Human Rights Commission of India on 22nd August regarding the arbitrarily arrest, detention and illegal charges against Kishorchandra Wangkhemcha, and handcuffing him while taking him to the Jawaharlal Nehru Institute of Medical Sciences for medical check-up.

On 9 August 2018 the OC called him to come over to Imphal West Police Station immediately for some urgent matter without mentioning the reason of calling. He met OC, Konthoujam Bobby and asked him about the phone call. The OC then informed him about the matter related to the comments posted in his Facebook on 7th August 2018.

He wrote this following post in his FB profile based on the background cited above, “As they are very fool, that’s is the very reason why they are called Budhu Joker Party (laughing symbols) tail less jokers. There is a story of counter protest planned by the MLA’s brother party, also there is a story of instructions given from top brass to the police to insure safeguard of the rally. This is a rally by the slave of non-local/outsiders who drinks urine of cow and eat cow dung. Don’t they have guts to find any means way out rather than licking outsider’s ass, the rally is not organised by the government but rather sponsored” (Translated from local language). Later at night, Mr. Kishorchandra was informed by the police that he could not leave the police station and that he had to be arrested and detained under police custody of Imphal West Police Station.

Next day morning he was produced before the Chief Judicial Magistrate (CJM) at around 3:30 pm. The Imphal West Police filed a suo moto case against him, charging him under IPC sections 505(2) and 500 with FIR No. 173(8)2018 IPS, U/s 505(2)/500 IPC. His wife tried for his bail, but the bail move was denied and announced 15 days judicial custody in Sajiwa Jail. After 2 days of detention under judicial custody, on 12 August 2018 he was tutored to complain of chest pain, headache, breathing problem, exhaustion and dizziness by the Jail Doctor in order to get released from the jail. He was so helpless that he had no option but to follow the advice of the Jail Doctor. The jail doctor prepared a document stating the above health complaints and later referred to Jawaharlal Nehru Institute of Medical Sciences (JNIMS).

The police officials took him to JNIMS by handcuffing him at around 11 am. The whole medical checkup was planned so that the doctors could make a report of sickness in his case.

HRDA pleads before the commission to Order an immediate, thorough, transparent, effective and impartial investigation through NHRC’s investigation wing into the above-mentioned incident of arbitrary detention and arrest of the defender by the OC of Imphal West Police Station.