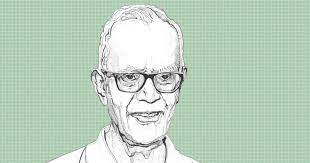 HRDA has issued an urgent appeal to the National Human Rights Commission of India on October 9, 2020 regarding the abduction, illegal detention and arrest of Jesuit priest and activist Fr. Stan Swamy (83) in the Bhima-Koregaon conspiracy case.

Fr. Swamy was detained by NIA officials forcibly from his home on the night of October 8, 2020 without following any of the necessary arrest procedures, and taken to the NIA office at Ranchi and then to Mumbai. This was despite his being interrogated by the NIA for more than 15 hours on July 27, 28, 29, 30 and August 6, 2020. During his last interrogation on August 6, he was summoned to appear at the NIA office in Mumbai on October 6, 2020. He conveyed his inability undertake the long journey to Mumbai due to his age, ailments, the pandemic situation and the earlier 15-hour interrogation, but consented to being interrogated via video-conferencing.

During the interrogations, the NIA tried to establish that Fr. Swamy had connections with the Maoists. He was booked as a ‘suspected-accused’ in the Bhima-Koregaon case, and raided twice on August 28, 2018 and June 12, 2019. Fr. Swamy has denied allegations of his and his organisation’s connection with Maoists in strongest terms in his submission to NHRC through HRDA earlier.