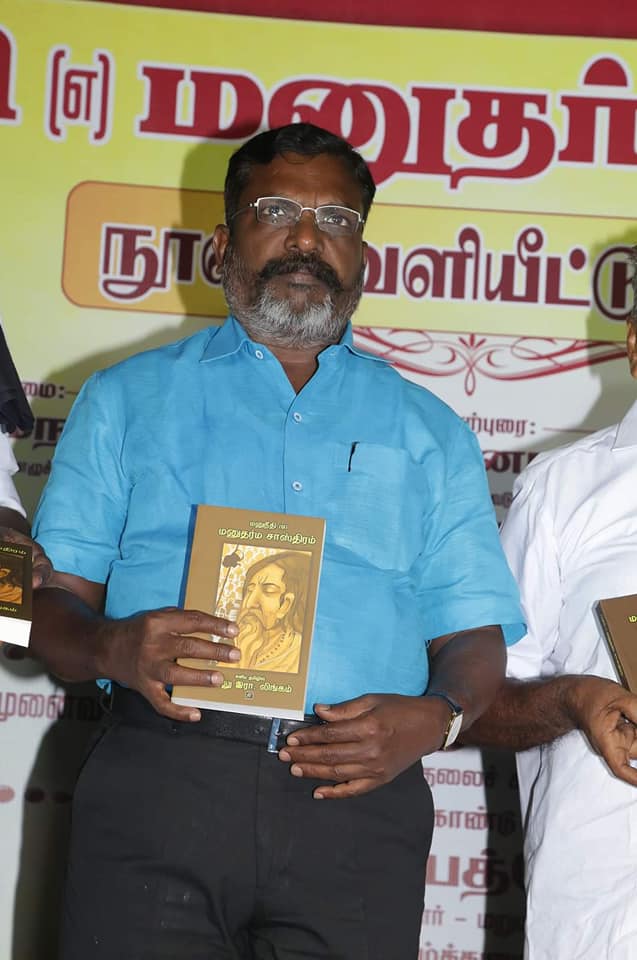 HRDA has issued an urgent appeal to the National Human Rights Commission of India on November 18, 2020, regarding fabricated charges against Lok Sabha MP and HRD Mr. Thol Thirumavalavan.

Mr. Thirumavalavan is a prominent Dalit activist, writer, and President of the Viduthalai Chiruthaigal Katchi (VCK) party in Tamil Nadu, and a sitting member of the Lok Sabha.

Police registered a case against Mr. Thirumavalavan on October 24, 2020, on the basis of an online complaint by Mr. Asuvandhaman, a BJP Spokesperson, under Sections 153 (wantonly giving provocation with intent to cause riot), 153A(1) (Whoever by words, either spoken or written, promotes disharmony or feelings of enmity, hatred or ill will between different religious, racial, language or regional groups or castes), 295A (deliberate and malicious acts, intended to outrage religious feelings) 298 (Uttering words with deliberate intent to wound religious feelings), 505(1)(b) (With intent to cause, or which is likely to cause, fear or alarm to the public), and 505(2) (Statements creating or promoting enmity, hatred or ill will between classes) of the Indian Penal Code.

The complaint was regarding a doctored video circulated on social media that quoted Mr. Thirumavalavan as saying that “all women are prostitutes”. The quote was taken from a webinar organised by the European Union of Periyar-Ambedkar Comrades’ Federation, where Mr. Tirumavalan was criticising the Manusmruti for degrading women by saying “all women are prostitutes”. Mr. Thirumavalavan had called for state-wide protests against Manusmruti earlier as well.