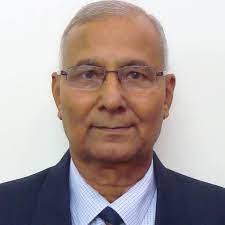 HRDA has issued an urgent appeal to the National Human Rights Commission of India on January 10 regarding the illegal arrest and detention of Mr. SR Darapuri by police in Lucknow. A former Inspector General, Mr. Darapuri is also a human rights and Dalit rights activist.

At 8 AM on December 20, 2019, police personnel camped in front of Mr. Darapuri’s house. They entered his house at around 11:45 AM, and asked him to accompany them to the police station for some questioning. As he did not return within the stipulated time, his family filed a complaint over the police helpline, and received a call back asking them to meet him at the Ghazipur police station. He was not given any food or medicine station till 1 AM.

Police detained Mr. Darapuri to prevent him from addressing a press conference regarding the detention of lawyer Mr. Mohammad Shoaib. He was falsely charged under Sections 147, 148, 149, 152, 307, 323, 504, 506, 332, 353, 188, 435, 436, 120B, 427 of the Indian Penal Code, Sections 3 and 4 of the Public Property Loss Prevention Act, and Section 7 of the Criminal Law (Amendment) Act. The charges against him include incitement to violence and murderous assault on police. He was granted bail on January 4, 2020 as the police could not produce evidence regarding his alleged role in violence during anti-CAA protests on December 19, 2019. He had to wait for an additional three days for formalities to be completed before he was released.